They will be helping me to provide the BEST info. ever to making money ..... sooooo  excited !!
See you this friday... for last minute bookings see http://http://www.propertytrain.biz/ 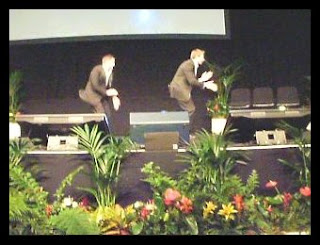 Kevin Green (The Secret Millionaire), Silas Lees & Gregg Ellis preforming the "If I Wasn't Me... I would sooooooo wanna be me !!" Dance. 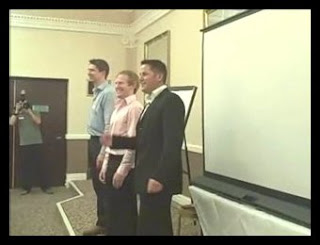 Loved speaking at the huge' Success Resources' Rich Dad event in Excel London, thanks to all the 'screaming' fans, you sent a tingle down my spine !!!! interesting footage to follow soon !!!!!!!!
at 8:37 pm

Kevin will share with you his findings when he was a Nuffield Scholarship Student, interviewing world leading entrepreneurs like Bill Gates and Sir Richard Branson before he put those findings into practice himself to become a Multimillionaire..

Includes all education DVDs and associated documentation to run the entire range of businesses as seen on products page of Property Train website.
at 12:14 pm

Inspiration, Motivation and Energy on Tap - WHAT A NIGHT at the Northern Property Network last night!


Hosted by our friends Bobby Gill and Steve Foley, the Huddersfield event at the George Hotel in the centre of town was packed out. It was standing room only as people from all over the UK had converged to hear what the brilliant guest speakers had to say.

There were many new investors in the room as well as seasoned professionals, we met up with many old friends and made a few new ones during the course of the evening. It was fantastic to be in such a positively charged environment with so many like minded people who wanted to learn not only from the experts but also each other.


Kevin Green was inspirational, his down to earth approach was refreshing and his insight into wealth & and its creation was fascinating inspirational and funny. His attitude was spot on, a real person who was affable, approachable and genuine. He recanted tales from his scholarship, of meetings with some of the rich list that inspired him to take action, people like Bill Gates & Richard Branson.

His angle – they were real people who were the same as anyone else, the only difference - they had gotten off their arses and taken action to get to where they wanted to be!


Kevin also revealed the truth about Social Housing....and how lucrative it is for the landlord! It was worth attending just for that little nugget. This is something we are now looking into for ourselves and will keep readers informed with our progress. Kevin is also running workshops to teach investors “How To...” in the near future. (Details to be posted on MyPropertyPowerTeam.co.uk when we have them).

If you want inspiration & motivation from the man himself then get along to an event where Kevin is due to be speaking, it will be well worth your time !!!

Michael Bradford was fascinating; his approach to helping people solve the problems holding them back in life and business was awe inspiring!

Michael gave 4 practical demonstrations on members of the gathered audience (including host Steve Foley), where he “read” their energy and asked each person a series of questions. It is very difficult to put what we witnessed into words but the results were visible to the entire room, the benefits to the individuals concerned will only be truly known to them but everyone perceived the difference Michael made to each of them. His positive energy filled the room!
at 10:40 am