It's another busy day today.
Have managed to juggle a few things on the work diary to fit in Carmarthen Journal reporter Rebecca Jones.
She is interviewing me for the Journal's Real Lives feature.
It should be in print next week.
at 11:44 am

My delight at sharing a stage with Bill Clinton

I was delighted to be sharing the stage with former US President Bill Clinton at a major UK business conference.
The Entrepreneurs 2012 four-day intensive business conference attracted an audience of more than 10,000 to London's ExCel arena, with 3,000 packed into the hall for Clinton’s keynote address.
Obviously, it was one of the biggest events I’ve done in my role as a motivational and business speaker.
The running order went from Bill Clinton, former US President, straight to 'Kevin Green, millionaire and entrepreneur'.
Not bad, I thought . . . having Bill Clinton as your warm-up man! (just joking, Mr President!)
As you would expect Clinton’s speech was very inspirational.
The guy arrived with a massive security entourage and there is a real aura about him as a speaker.
Without a doubt, he is the biggest draw in the world at the moment in terms of public speaking.
I'm very proud of the fact that I was invited to speak at the event.
As you would expect, it was a very exciting day for me, but not without its hiccups.
Clinton brought some very sophisticated audio-visual equipment along for the show and when his kit was disconnected, the music and AV material for my presentation wouldn’t load on the computer equipment.
It was a case, of, gulp, what now?
It was a bit scary at the time, but I carried one doing my thing and the audience reacted well - and we managed to fit in my famous Wealth Dance.
All in all, it was a great experience and I managed to do my bit to help the former President’s charity, the Clinton Foundation.
With more than 3,000 people in the audience, I asked everyone to put £10 in the pot, so we raised a few thousands for the Clinton Foundation.
Later, there was a charity dinner, at which Clinton was the guest of honour.
The evening saw a charity auction in aid of the Prince’s Trust.
I dipped my hand into my own pocket and had a successful auction bid for £5,000 for tickets for the Monaco Formula 1 Grand Prix, tickets provided by Team Lotus.
The generous Lotus guys then cash-matched that donation for £5,000, making a total gain of £10,000 for the Prince’s Trust.
at 11:42 am

There's something of the 'Wow' factor about this speaking engagement I've been given on Friday.
I will be sharing the stage with Bill Clinton at a major UK business conference.
Entrepreneurs 2012 is a four-day intensive business conference set to attract an audience of more than 10,000 at London's ExCel arena.
It's a massive event.
Bill Clinton has top billing as the main speaker in a star-studded line-up which also includes Ruby Wax, Bear Grylls, Kevin Spacey, Levi Roots, Carol Vorderman, Bruce Dickinson and Benedict Cumberbatch.
I'm very proud of the fact that I've been invited to speak on Friday, the big day when former United States President Bill Clinton will be speaking.
Without a doubt, he is the biggest draw in the world at the moment in terms of public speaking.
It promises to be a great occasion and I'm looking forward to sharing the platform with Bill Clinton.
at 1:54 pm

Today, I am at a Business Boot Camp! 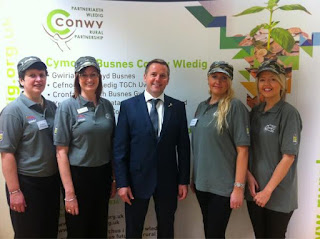 Today, I am the guest speaker at a 'Business Boot Camp' in the heart of rural Conwy in North Wales.
The event is being organised by the Community Development Service of Conwy County Borough Council.
It is part of a rural business support project and includes a full day of workshops for North Wales SMEs.
The North Wales and Liverpool-based Daily Post ran a nice story about the Boot Camp.
See - http://www.dailypost.co.uk/business-news/business-news/2012/10/17/secret-millionaire-star-to-appear-at-llanrwst-business-boot-camp-55578-32045207/

A SECRET millionaire will put budding entrepreneurs through a business boot camp.
Kevin Green – a star of the Channel 4 hit series – has been lined up by Conwy Rural Business Support as the keynote speaker for their event in Glasdir at Llanrwst on November 9.
With 429 properties in his portfolio, making him one of the UK’s largest residential property landlords, the former South Wales dairy farmer also runs Kevin Green Wealth which educates, motivates and inspires with real advice by someone who actually practices what he preaches.
The 48-year-old is looking forward to sharing the secrets of his glittering career.
He told Business Post: “Generally it is the person who creates a successful business. I cover things like successful business systems, but also the type of person you need to be, what is an entrepreneur.”
The event is being organised by the team at Conwy Rural Business Support, headed by Project Officer Anna Openshaw, working with Elen Rowlands, the manager of Glasdir.
Ms Openshaw said: “In addition to Kevin's keynote address, there will be a variety of workshops which aim to assist with different aspects of businesses.
“The day will be full of activity but there will be plenty of time to network during breaks, lunch time and between workshops.”
Kevin seemed certain to follow in father Alan’s footsteps at their Burry Port dairy farm, but after they locked horns in 1984 about how the farm was run, Kevin left home.
“I ran away from home in 1984 and became homeless. It was my decision and it was self-inflicted,” he said.
Two years later and stunned by the death of his sister Julie from lupus disease at 19, Kevin returned and was reconciled with his father.
In 1999 he was awarded a Nuffield scholarship to travel the world talking to business giants like Bill Gates and Sir Richard Branson, analysing their personalities and attitudes and what made them so successful.
“The purpose was to see how the corporate world had any particular relevance to farming,” he said.
When he completed his study in 2000 and began travelling Wales lecturing about what he had found, he had that “if they can do it, I can do it” moment.
He bought his first property soon after, using credit cards to bridge finance the deposit of a buy-to-let mortgage. After quickly renovating it and selling it at a profit, he bought a second.
He now has “clusters” of properties in South Wales, Scotland and Northern Ireland.
Kevin also cleared any debts on his dad’s farm, which now makes the family more money rented out than it did when they were milking.
Even though times are hard and banks are not lending to small business like they used to, Kevin, a father of three teenagers, believes “more millionaires are made in the recession than any other time” and added: “If you buy right you weather the storm.
“Research well and get trained, by experts in the market place, people who have done it, not just write about it. With me business comes first – I haven’t even written a book.
“I’m more excited by this market than before because it’s taught people to be cautious. Money is available if you know how to access it.”
For information, visit www.bootcamp4biz.co.uk.
at 9:27 am

Criss-crossing the country at the moment.
Last night, I spoke at a meeting of property investors in Nottingham before heading over to Llandudno in North Wales.
at 9:21 am

Makes a change from driving the Aston Martin!

Take a look at what I've just bought for the farm!
The lastest addition to my 'fleet' of vehicles! 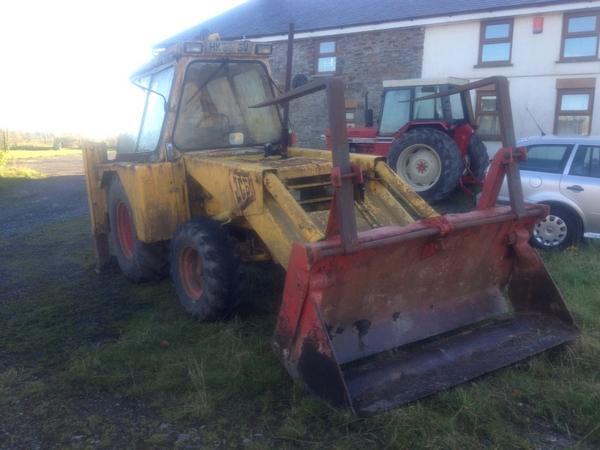 Lending a hand with the donkeys 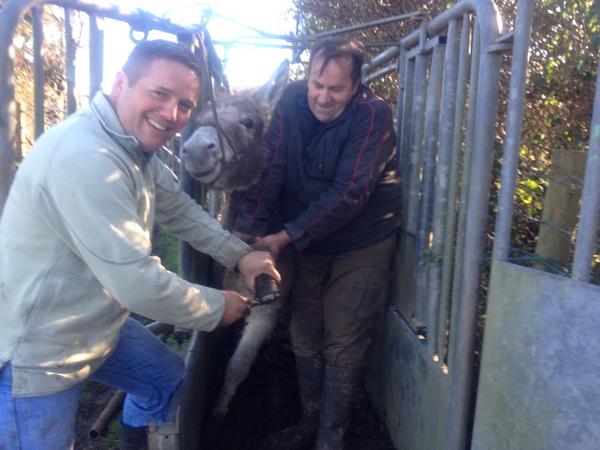 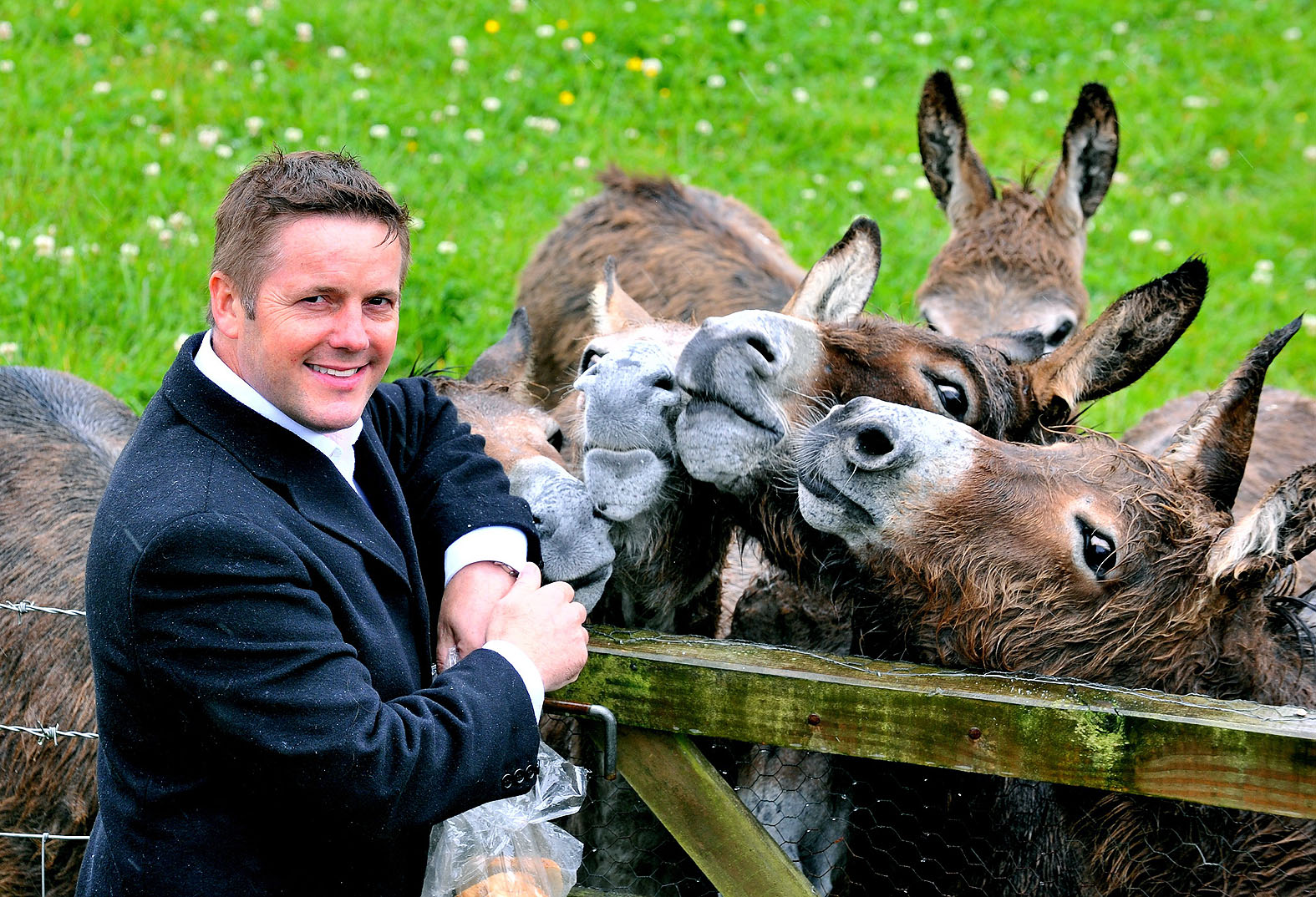 All my friends know that I have a soft spot for the donkeys on my farm.
So I was glad to lend a hand when they needed a spot of foot trimming at the weekend.
My thanks go to Bob for his help.
The end result?
Twelve happy donkeys!
at 10:44 am